Aleph 2021: A Pedagogy of Social Justice 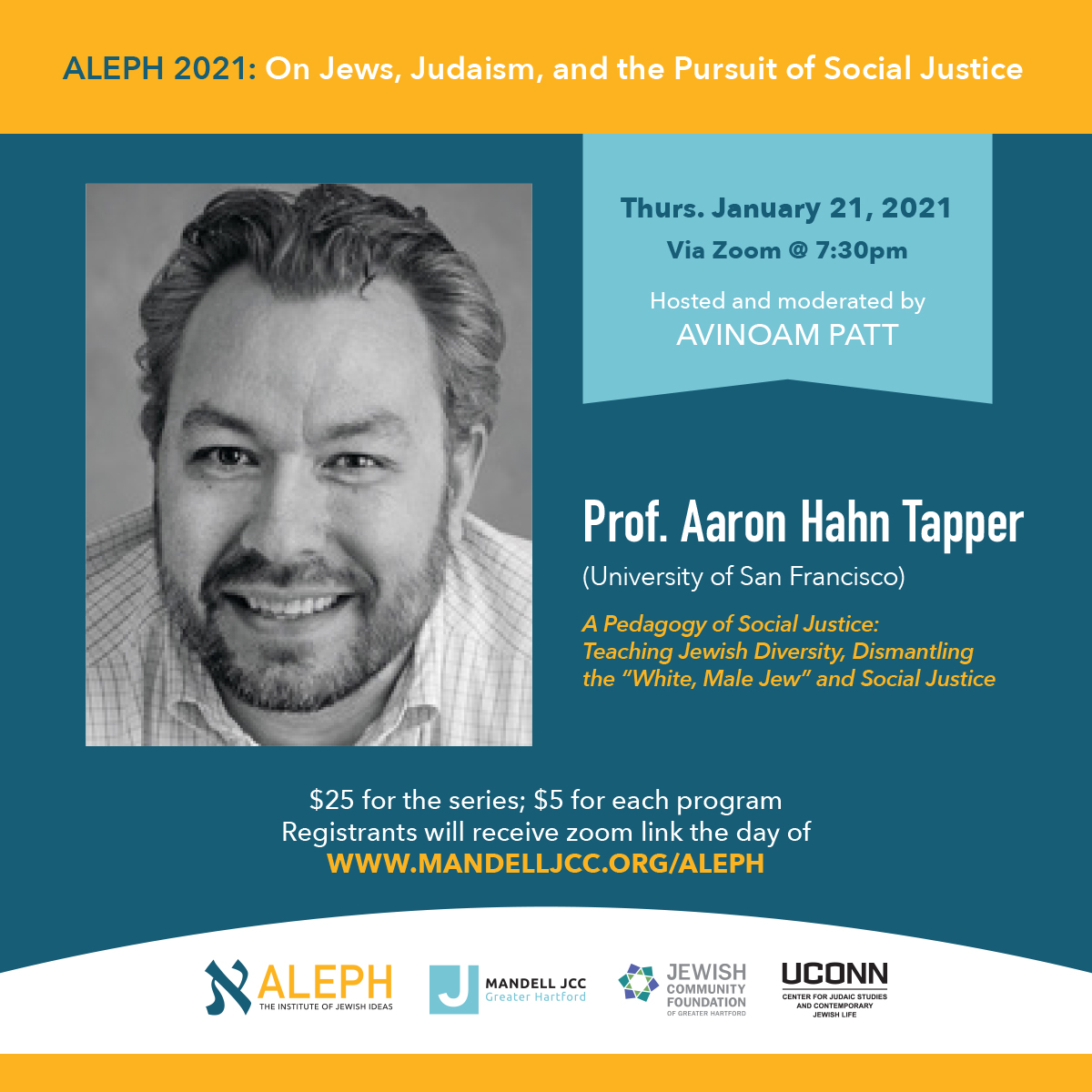 This session offers one way to both teach and deconstruct the dominant stereotypes that Jews reinforce when teaching about Jews and Judaisms.

Aaron J. Hahn Tapper, the Mae and Benjamin Swig Professor in Jewish Studies and the founding Director of the Swig Program in Jewish Studies and Social Justice, has been at University of San Francisco since 2007. He completed his PhD in the Religious Studies Department at the University of California, Santa Barbara, where he studied the History of Religions, the Sociology of Religions, Nonviolence and Religions, Politics and Religions, and Modern Islamic Movements. His Dissertation focused on the relationship between power, the sociopolitical context of Israel and Palestine, and Jewish and Islamic religious law (halachah and shari’a, respectively). In 2003 he founded Abraham’s Vision, a conflict transformation organization that ran educational programs within and between the Muslim, Jewish, Palestinian, and Israeli communities, for whom he served as Co-Executive Director through May 2013. Currently, he is the Executive Director of the Center for Transformative Education, an educational initiative aiming to create empowering educational programs to transform societies into their potential, which he co-founded in 2008. He has co-edited two volumes — Muslims and Jews in America: Commonalities, Contentions, and Complexities, with Reza Aslan (2011) and Social Justice and Israel/Palestine: Foundational and Contemporary Debates, with Mira Sucharov (2019) — and written Judaisms: A Twenty-First-Century Introduction to Jews and Jewish Identities (2016).