Home - Events - As Long As We Both Shall Live Opening Reception

As Long As We Both Shall Live Opening Reception 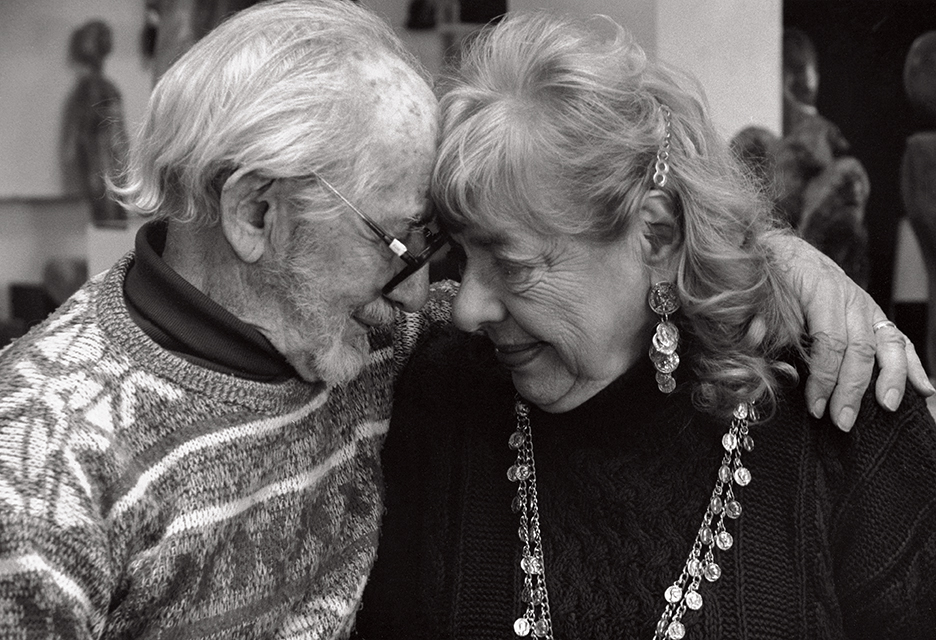 Gallery 18 is pleased to present a beautiful and provocative photographic exhibit by artist Robert Fass called “As Long As We Both Shall Live: Long-Married Couples in America.” It will be on display from March 1 to March 31, 2020, with an Opening Reception on Sunday, March 8 from 12:00 pm – 2:00 pm.

“As Long As We Both Shall Live” grew out of a portrait session with Fass’s parents, married for 47 years, in the summer of 1997, shortly before the sudden death of his father. In the decade that followed, Fass traveled the country, documenting long-term American marriages and the infinite variety thereof: from an Auschwitz death march escapee and his wife in Ohio to fundamentalist Christians in Texas to a homosexual ex-priest and his wife of 49 years; rich or poor, healthy or infirm, in love or not.

In addition to making the portraits, Fass recorded his conversations with his subjects, discussing their history and their outlook on the institution of marriage, in an attempt to capture something of the glue that binds them. The comments on display in the exhibit are drawn from these in-depth conversations, which are available on the official website www.longmarriedcouples.com.

The rapid change in social values in the second half of the 20th Century left these couples as the last generation to look on marriage as an essentially indissoluble bond. In the artist’s words: “In the faces and the histories of people who have weathered the ups and downs of marriage and endured together for most of their lives … there are riches.”

Even so, as pre-marital sex and divorce have become acceptable bookends to marriage, and as domestic partnerships, same-sex and transgender marriages, and other “non-traditional” unions make their way into the mainstream, the institutional concept of marriage as the fundamental basis of the family stands ripe for re-examination. Gallery 18 is planning a special event to do just that.

“As Long As We Both Shall Live” was previously exhibited in the United States at the 92nd Street Y, where it received a major exhibition in 2006. It subsequently traveled to Europe. Robert Fass has received numerous grants and fellowships: from the Puffin, Ruth Chenven, and Mancini Family Foundations, the Virginia Center for the Creative Arts, Fundación Valparaiso in Spain, the Saltonstall Foundation in Ithaca, New York, the Caldera Colony in Sisters, Oregon, and the Julia and David White Colony in Costa Rica. His background includes studies in environmental portraiture with Shelby Lee Adams, in printing with Nancy Sirkis at the International Center of Photography, and in fine printing with Adam Eidelberg at the Jewish Community Center in Manhattan. He lives in the Bronx.