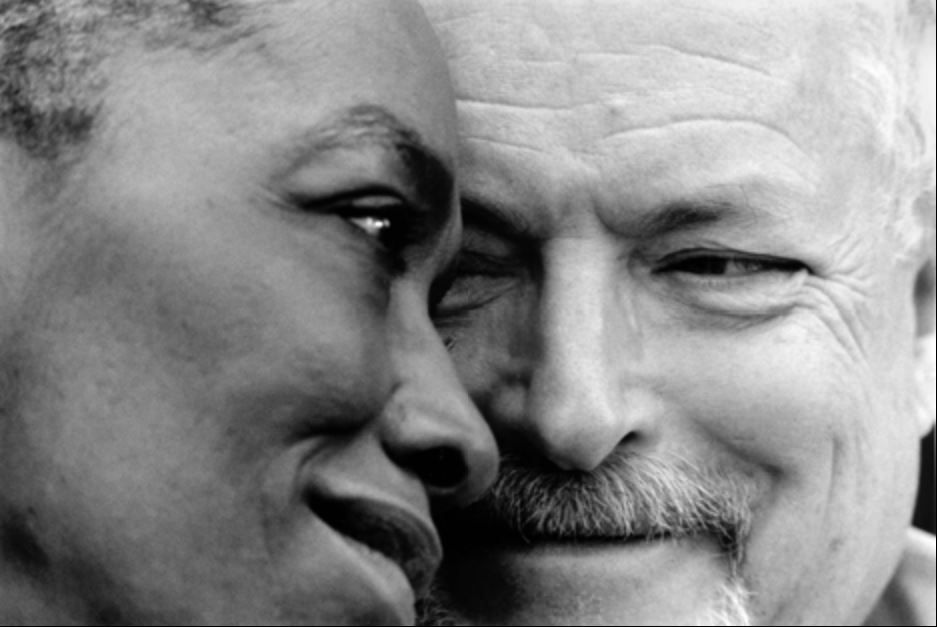 CROSSING THE DIVIDE – A Civil Rights Story of Interracial Marriage

We are pleased to present “Crossing the Divide” on Tuesday, October 27th at 6pm. This online conversation with Pat and Bob Carey, of an interracial marriage formed in 1965, is one of Riverdale Y’s initiatives advancing the issues brought forward in the Diversity, Equity, and Inclusion (DEI) Movement.

In an online interview, Pat and Bob Carey will help us understand how they found each other, decided on marriage, and maintained it for 55 happy years in the face of prevailing laws and customs in the United States. (She is Black, he is white.) Their struggle and long-term success together is both a heartwarming love story and a reminder of some of the terrible racial issues that have persisted in our nation through four centuries and into the 21st. The question we hope participants will ask themselves in the ensuing discussion with the Careys is: “How do I make the bridge?”

Photographer Robert Fass introduced the Careys when he showcased his photographic work on long-term marriage in America, “As Long As We Both Shall Live,” at Gallery 18 at Riverdale Y. The Careys captured the imagination of our Gallery Curator, Maria Neuda, who saw their story of struggles and ultimate success against daunting legal obstacles, societal pressures, and opposition from both families and friends as a parable for two individuals, one white, one Black, finding a bridge to each other.

Today Bob is a teacher and Dean of Graduate Studies at Empire State College, and Pat is an Assistant Chancellor and an Associate Dean at New York University’s Steinhardt School of Education.