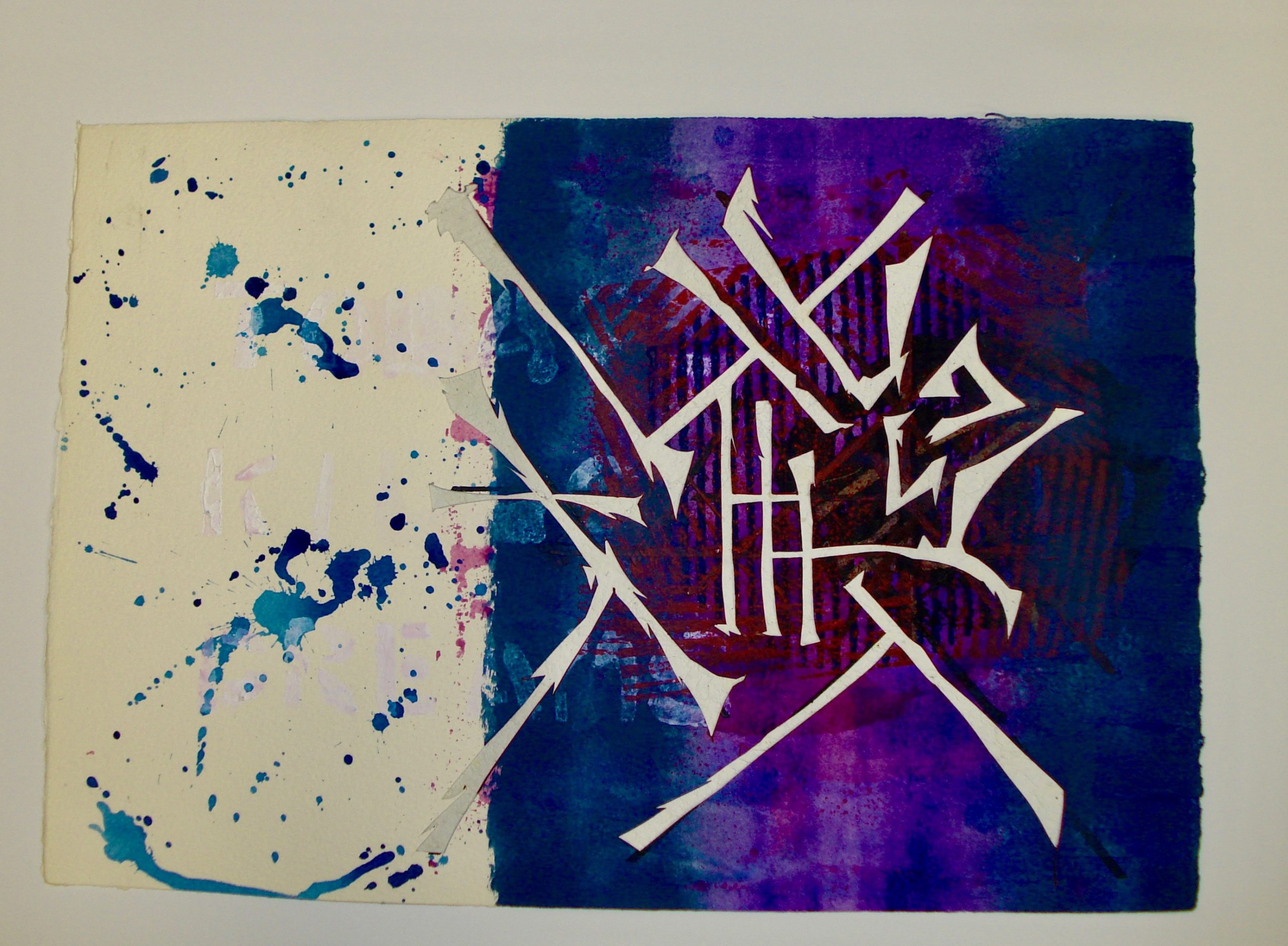 Gallery 18 is pleased to kick off the New Year with an eye-catching exhibit by artist Philip Feller called “Fault Lines.” It will be on display from January 2 to January 30, 2019, with an Opening Reception on Sunday, January 5 from 12:00 pm – 2:00 pm.

With a BA and an MA in English Literature from City College, Philip Feller’s professional experience comprises 50 years of technical theatre, that is, working on Broadway as a carpenter, automation operator and property person to produce the magic that directors, designers, and audience alike anticipate.

Early in his career, beginning in 1970, he began experimenting in printmaking, working initially with stencils and blocks to make pictures on surfaces, inspired by a host of shapes from the natural world and from his imagination, from artifacts, detritus, commercial art. All of these spurred the desire to examine, to transform, to re-color, to reposition, in short, to create a new form out of the old.

Since 2002, Feller has been focused primarily on leaves. Each piece—whether produced by rubbing, outline, embossing, printing black-on-white or on color fields—gets several visits by adding layers and colors.

In the artist’s words: “I am always looking for new shapes to represent and reimagine … draw[ing] inspiration from far-flung cultures and imagery, primarily historical, that I find on walls and floors of churches and synagogues, on gravestones, in museums.”

Why the title “Fault Lines?” A fault, in geology, is a fracture in rock that causes significant displacement in rock mass. A fault line indicates where the discontinuity lies. In this show, the fault lines are the outlines or tracings of leaves or other objects where the masses of material have been displaced. The discontinuities allow for new color and images to become part of the original design and for intriguing patterns to emerge that beg to be transposed onto ever new surfaces.