Gallery 18: Chiaroscuro In A Seasoned Lens 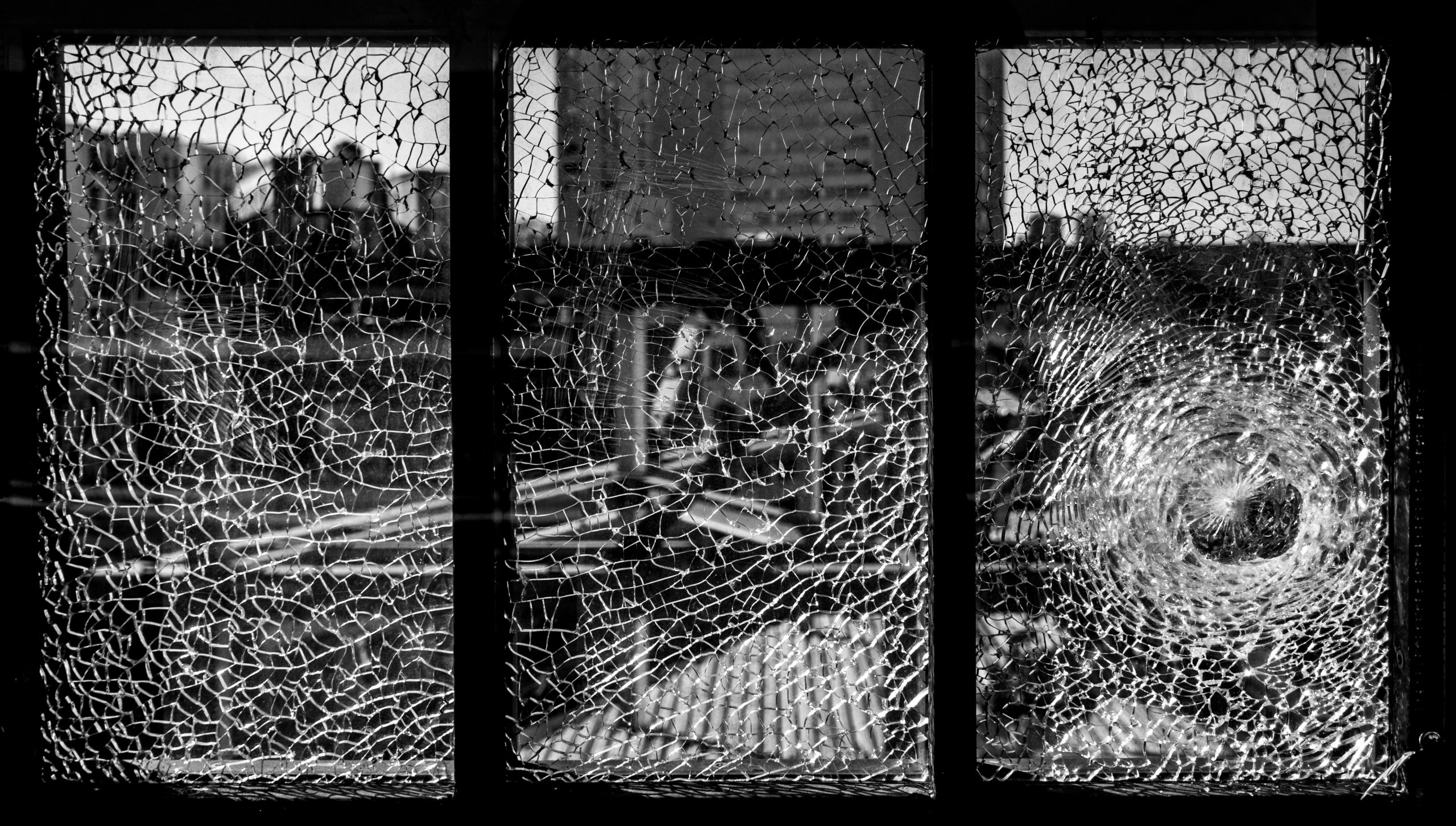 Gallery 18 at the Riverdale Y is pleased to announce Jeff Johnson’s much-anticipated second exhibit of photographs, on display for the month of October 2020. The out-of-doors Opening Reception is scheduled for Sunday, October 18 from 12PM-2PM at the Y’s Sunday Market in the parking lot of the Riverdale Temple, 4545 Independence Avenue.

The bulk of images in Jeff Johnson’s new show are a continuing excursion into the urban landscape, but this time in marvelous black-and-white, hearkening back to the artist’s first forays into the art and technique of photography. As Johnson puts it: “My beginnings … were in the mid-twentieth century. To me, then, photographic art was in black and white: Ansel Adams, Dorothea Lang, Edward Steichen, Ed Ruscha. Forms were delineated more like Dürer’s engravings than like Rembrandt’s still lifes. Color photography existed, but to me it was less abstracted from reality, and thus, less ‘art’.

“In those days, I loaded my 35mm rangefinder camera with Kodak Tri-X Pan film. Now, in the twenty-first century, I work digitally in both color and black and white—but I still prize the black-and-white rendering of light and shadow.”

Indeed, the black-and-white images in the show, taken over the past five years, were made in just such a pursuit of those combinations of texture, form, and composition that create the interplay of light and shadow, its complexities arresting and captivating the eye, inviting it to linger more than momentarily.

Re. the tinted photographs in the show, Johnson adds: “Most recently, I have realized that I can use color photography not to show actuality but an abstracted vision”— in this case, details of the magnificent early twentieth century iron work crossing Manhattan Valley north from 125th Street.

A Riverdale resident for the past 15 years, Johnson was born in New York City, lived in the Bronx (Parkchester) and was raised in East Texas.  With degrees from Harvard University and the University of California, Berkeley, he worked in both academics and finance.

He studied photography at Harvard’s Visual Arts Center, where his major influences were Walker Evans, Ansel Adams, and the iconic Family of Man Collection at MOMA.  Most recently he has worked closely under the informal tutelage of two established photographic artists, one in particular inviting close viewing of and comments on his work and, in return, viewing Johnson’s work critically.

Johnson works with a Fujifilmx100, SonyRX-100, Lumix fz1000, Nexus 6P and Pixel 2xl. He develops his images using Adobe Lightroom to crop and to adjust color and intensity. None of the images have been assembled or altered with Photoshop nor are they displayed anywhere online. Each print is framed and matted with archival materials and available in a signed edition from his studio.