Kristallnacht Commemoration at the Bayit 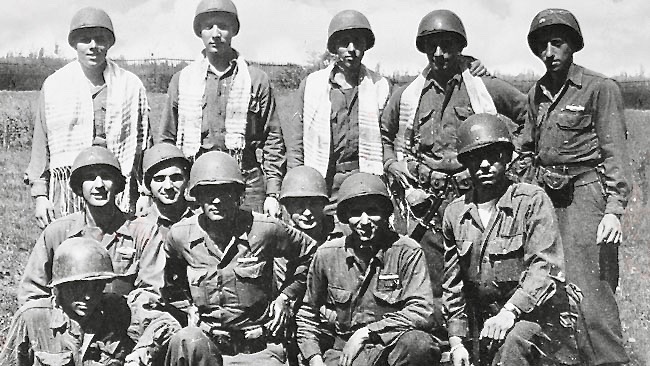 The Kristallnacht commemoration reflects on “the Night of Broken Glass,” the Nazi-organized pogrom that took place in Germany Nov. 9-10, 1938, in which 91 Jews were killed, 7,500 Jewish-owned businesses were ransacked and looted, and 267 synagogues burned in what is now recognized as the beginning of the Holocaust.

This year our Annual Kristallnacht Commemoration program will feature a screening of the film GI JEWS, which documents how the victims’ brothers and sisters, representing every strand of Judaism, took up arms to avenge and free them as they enlisted under the banner of the Stars and Stripes in the global fight against evil.

“GI JEWS: Jewish Americans in World War II” tells the story of the 550,000 Jewish American men and women who fought in World War II. In their own words, veterans both famous and unknown (from Hollywood director Mel Brooks to former Secretary of State Henry Kissinger) bring their war experiences to life: how they fought for their nation and their people, struggled with Antisemitism within their ranks, and emerged transformed, more powerfully American, and more deeply Jewish.