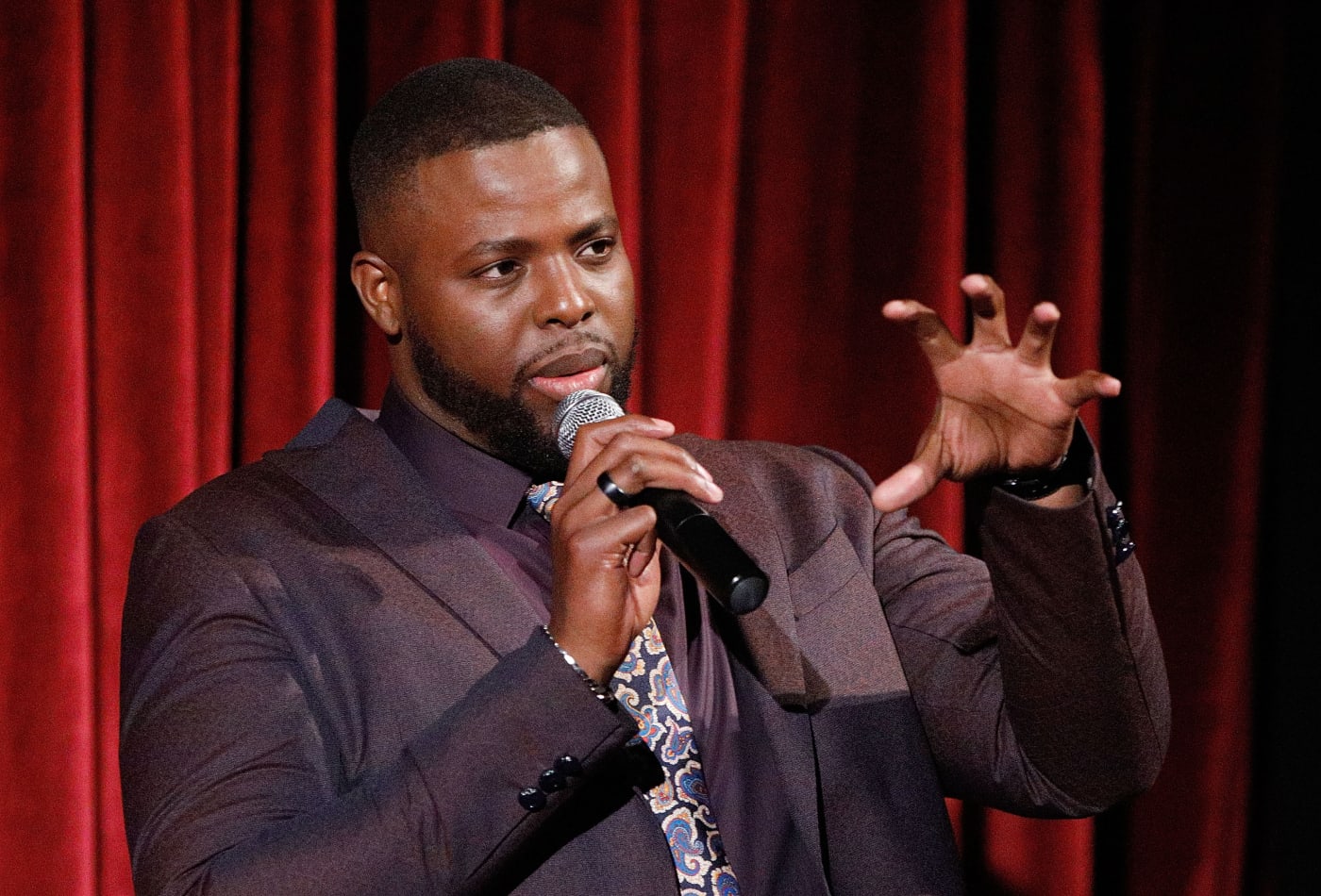 Free with RSVP at RiverdaleY.org/boxoffice.

Donations accepted for the Children’s Scholarship Fund and Performing Arts at the Y.

Star of Jordan Peele’s US, Marvel’s Black Panther, Avengers: Infinity War, and new Apple TV series Swagger, Winston, an alumnus of Yale School of Drama, migrated to New York as a child, attended JCC after-school and summer programs, and pursued his passion for theater. Hear his story of perseverance and possibilities.

Duke grew up in Tobago, in a small village called Argyle; a light accent still colors his voice. His mother worked for the government and had a restaurant on the side that often reeled in tourists. When Duke was a kid, he would show people to their tables, quickly learning how to charm strangers. When he was 9, his mother sold the restaurant and all their earthly possessions. She moved the family to a studio apartment in Brooklyn to support Duke’s older sister as she pursued her dream of becoming a doctor. As she shuttled back and forth to the City College of New York, Duke withdrew into himself, spending most days after school going to the library or to a local comic-book store called Winston’s. (“Serendipitous,” he says.)

That adolescent-onset introversion, however, stayed with him through high school, until one of his Spanish teachers noticed that he came alive whenever he had to make presentations to the class. She signed him up for the theater club, and he never looked back, going on to study theater at the University of Buffalo. He took a year off to hone his craft in Baltimore, then journeyed north again to enroll in the Yale School of Drama, where he became “really close friends” with an upperclassman named Lupita Nyong’o—the future Oscar winner and his eventual co-star in Black Panther. They were both members of Folks, an acting club on campus for students of color, which was co-founded by Yale alum Angela Bassett—who, yes, is also in Black Panther. During the first cast dinner for the Marvel movie, Duke made sure to seek Bassett out and thank her for the legacy she had left behind at Yale.