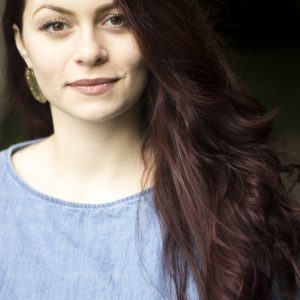 Brittany is a New York City based artist dedicated to bringing awareness and finding peace through personal and spiritual connection. Hailing from Pittsburgh and a 2015 graduate of Point Park University with a BFA in Musical Theater, as well as having trained with Pittsburgh Musical Theater’s Richard E. Rauh Conservatory and Pre- College Program from age six to eighteen, she has had the privilege of traveling around the city performing in conservatory and main stage productions, singing competitions, and corporate event bands.

Since moving to New York, Brittany has established a well known presence in the music and cabaret scene, appearing in venues ranging from 54 Below to The Prince George Ballroom to The Laurie Beechman. Brittany has been directing, choreographing, and teaching private voice to youngins for the past 5 years. Her life has also brought her the gifts of leading meditation around NYC, becoming Vice President of Fundraising for the Green Hope Orphanage in Tanzania, and creating the music and awareness platform, The Happy Harmony Movement, with Kirsten Heibert and Loren Borja.