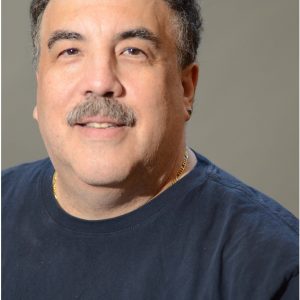 Eric has been designing and building sets since 1993. He began his career working on TV Commercials and Music Videos for such stars like Billy Joel, Mariah Carey, Hall & Oates, Angela Lansbury, Valerie Harper, and Dick Clark, among many others. Eric also designs for family and corporate events such as, Channel 6 News, the Juvenile Diabetes Foundation, religious events and even weddings. In 1998, Eric won the Theatre Association of NY State award for Outstanding Set Design for productions of “Moon Over Buffalo” and “Kindertransport”.

In 2006, he won the Helen Hayes award for best Set Design for “Children of Eden.” In 2010, Eric was nominated for a New Jersey Perry Award for best Set Design for a production of “Who Dunnit”. He has also worked on several feature films including, “Goodfellas”, “Jacob’s Ladder”, “The Hardway”,“Ransom”, “Sabrina”, “Dead Man Walking”, “The Ice Storm”, among a few others. Eric spent 7 years teaching stagecraft and lighting at Marymount College in Tarrytown, NY, and is now teaching at William Paterson University.