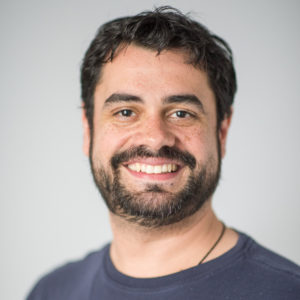 From kindergarten in Staten Island, to high school in the Bronx, and from elementary school kids at the 92nd street Y to eighteen to twenty year old adults at Rikers Island, Shawn Renfro has taught people of all ages in all five boroughs of New York City. He has developed and utilizes various teaching philosophies to promote violence prevention, decision-making, writing skills, and learning and applying Shakespeare’s text to real-life scenarios.

After graduating with a BFA in Acting from Mason Gross School of the Arts at Rutgers University, Shawn spent four months learning the ins and outs of the Bard’s plays at Shakespeare’s Globe Theatre in London. Since then, Shawn has directed numerous productions, such as Animals for the NY Fringe Festival, Dominica: The Big Fat Ho, Scarecrow, Closer, Crackwalker, Suspension, Quick and Dirty (A Subway Fantasy), Red Coat, Black Bird  for the Rutgers Theatre Company,Specter, The Lion Tamer for Under St. Marks, The Doctor’s Duty  for Love Creek Productions, Its Called the Sugar Plum for Theatre 1050, Apples to Apples for The Jameson Project, and Black Thang  for JR Productions.

In 2008, he co-founded the Apothecary Theatre Company, which received a NT Times critics pick for their off-Broadway show, “In God’s Hat”, and he also directed Crazy, Sexy, Dead: An Evening of Don Nigro under Apothecary.